Hamas is the democratically elected government of the people of Gaza. Their charter calls for the complete and total destruction of Israel, a view their leaders consistently voice. It refuses to even talk with Israel, an “entity” it doesn’t even acknowledge has a right to exist.

In 2005 Israel withdrew, at an enormous price, to the 1967 border. The result was Hamas’s election and constant terrorist attacks against Israel. A fragile 6 month long truce ended recently. Since the truce ended, Hamas has continuously bombed civilian population centers, while Israel did nothing but send warnings. Now, Israel is finally fighting back. 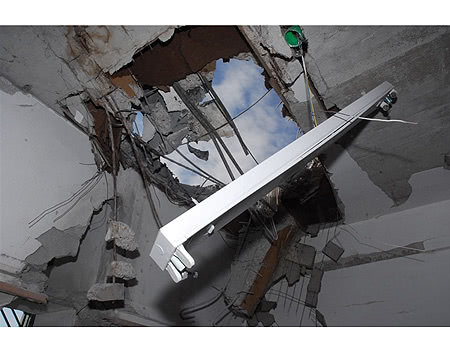 Numbers don’t lie. More than 80% of those hit by the Israeli Defense Forces are Hamas members. More than 95% percent of those hit by Hamas terrorists are Israeli civilians, Jewish and Muslim alike. Recent targets include a kindergarten and a school, who were targeted courtesy of Google Earth.

I find comments that Israel should seek a diplomatic solution strange, given that Hamas refuses to accept my right to live here, let alone talk to me. In the end, people need to make choices. Not making a choice is a choice in itself, with its own consequences. Right now, Israel is taking the best of the bad choices at its disposal.

People also speak about the root cause of terrorism. The question should then be what this root cause is. The terrorists of 9/11 weren’t poor, un-educated or oppressed. The terrorists of Mumbai were not under occupation. But they all thought that they could advance their goals by maiming, murdering and decapitating innocent civilians. This is the definition of terrorism.

Terrorism - the intentional attack on innocent civilians as a means for advancing the goals of a group.

The root of cause of terrorism is that it is an effective means for advancing one’s goals. Terrorism can only be defeated if it is made clear that it is not an effective course of action. This is what the current Israeli operation in Gaza is all about - making it crystal clear that murdering children will not advance the goals of Hamas.

We should say no to Terrorism!

I want to write down my views on regulation to help solidify and clarify it for myself.