The US election is just around the corner.

It’s a heated election, to put it mildly. One of my friends wrote a quick post on the subject, with the following image: 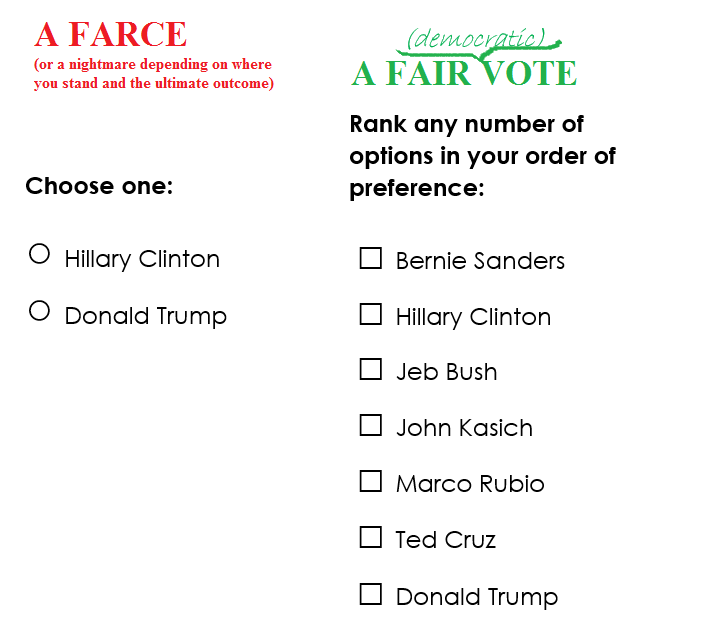 While I agree that there is place for election reform, I disagree with the lefthand part of the image.

So, a little backstory, which took place far far away, not that long ago.

In the 2006 general elections in Israel, the Pensioners of Israel party ran for office, along with many other esoteric parties. They never had a chance to pass the threshold for winning seats. This time, however, the party won about 6% of the positions in the Knesset, and were part of the coalition government.

The interesting thing is that most of its voters were quite young. It was a protest vote. Many people believed that there was no good choice, so they protested.

Back to the current election.

Trump is a bad choice.

Hillary is a bad choice.

But these are not the only choices.

You have a choice.